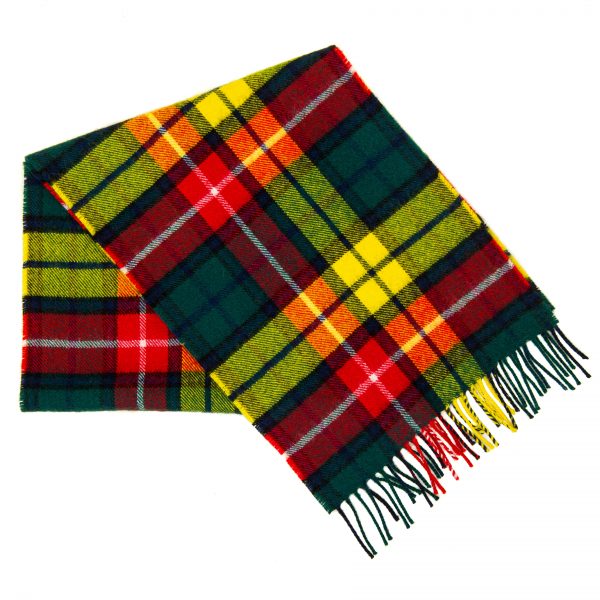 A range of over 600 tartans including Scottish Clan and District Tartans plus Canadian Tartans, many in 100% Lambswool and others woven in 100% Worsted Pure new Wool.

Ingles Buchan are one of the few Tartan Specialists remaining in Scotland with their own Weaving Mill.

We can research your last name to see if you have a Clan Tartan.  Please refer to our Heraldic Research Query Form.

The use of Tartan made into a man's kilt has become the National dress of Scotland. The earliest known example of checked cloth was found in Scotland in the 4th Century.  Little is known of the development of the tartan and it's clan connection except different coloured yarns would indicate an area or district. These ' old colours' would have been dyed with the local plants.
At the time of the Jacobite rebellion and the battle of Culloden 1746, both the Scottish and English armies were wearing tartans but after the defeat by the English, government banned the wearing of tartans in Scotland as it was regarded as a rallying call for the Highlanders.  This ban was not lifted until 1782, and with the romantic Scottish novels of Sir Walter Scott the Clan system and use of tartans became more organised with Clans having their own colours and designs (sett). Then in 1822 George IV had a State visit to Edinburgh which became known as 'The Tartan Extravaganza' with so much tartan used in the ceremony. Later in the Century when Victoria became Monarch her love of Scotland really sealed the tartan industry with each Clan recording their Tartans.