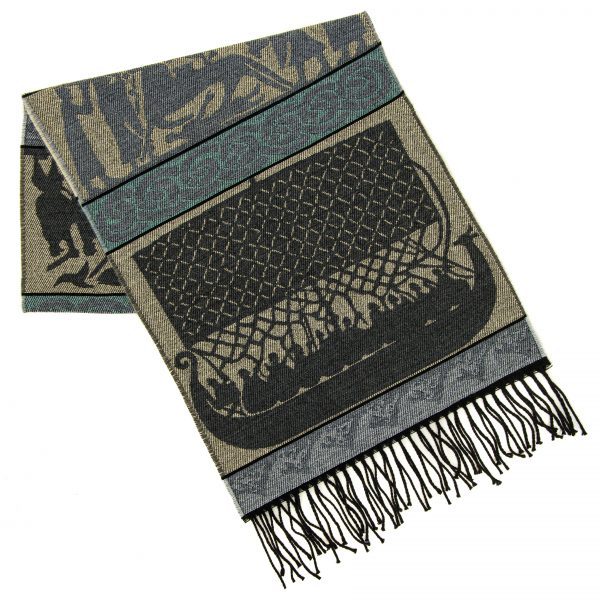 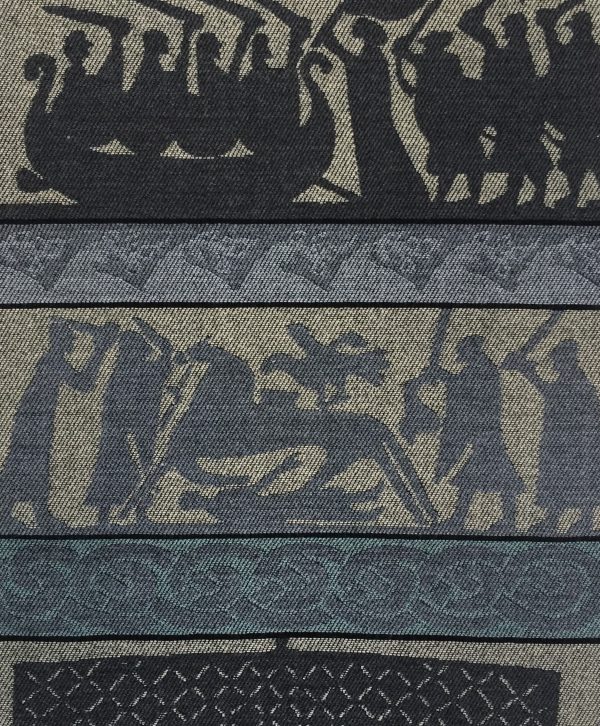 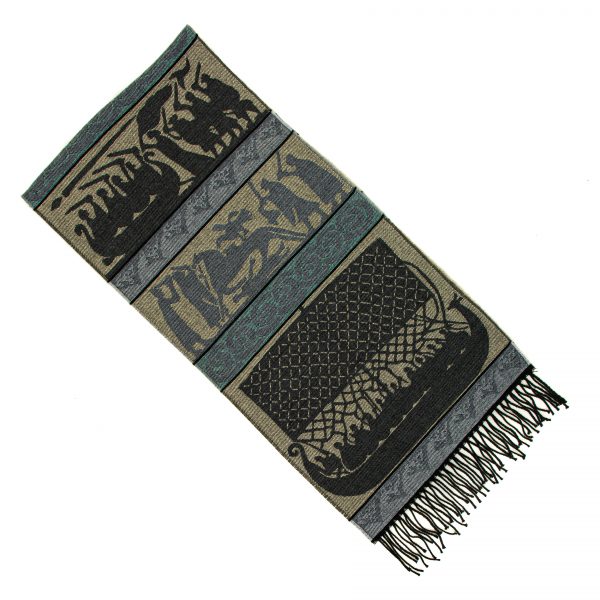 Beautifully designed and woven Viking Scarf by Calzeat of Scotland.

Viking images good enough to make a wall hanging as well as a scarf to keep you warm.

The design for this scarf comes from the four Stora Hammars stones discovered in Larbro, Gotland, which are now housed in the Museum of National Antiquities in Stockholm, Sweden. The lower panel shows a ship with warriors, another depicts 'Odin' a Norse God, in the form of an Eagle, and finally a band of Viking Warriors arriving by sea in a longship about to engage with another band of warriors on land being led by a woman holding a flaming torch.

The Vikings came from Scandinavia and with their wooden longships raided, traded and settled in many regions of Europe in particular The British Isles. Their ships were lightweight and built so they would easily navigate rough seas or shallow waters. Their first raid to Britain was the monastery on Lindisfarne, Northumbria in 793AD. They raided the coasts of Northern England, Scotland, The Isle of Man and Ireland with their maneouverable ships, able to conquest inland by sailing up the many estuaries. Many settled and the Danes ruled a good portion of Eastern Britain called Danelaw. The Vikings battled with the English under King Alfred the Great and later his grandson King Athelstan for 300 years, eventually being defeated by king Harold at Stamford Bridge, Yorkshire in 1066.  Of course the irony is that Harold was then defeated by William of Normandy later in 1066 and William was of Norse heritage.

To this day much of our English language is of Norse origin.

Be the first to review “Viking Scene scarf – Wool and Acrylic” Click here to cancel reply.