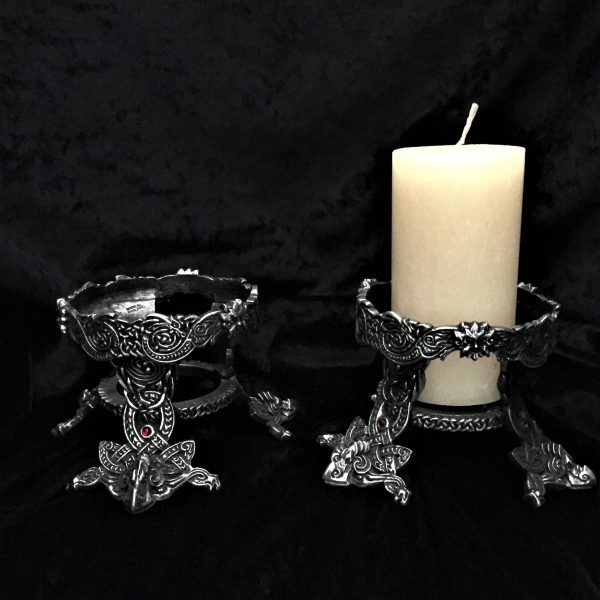 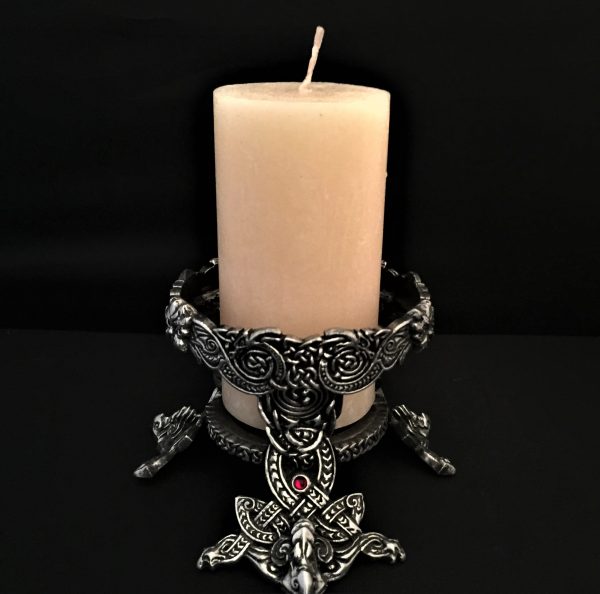 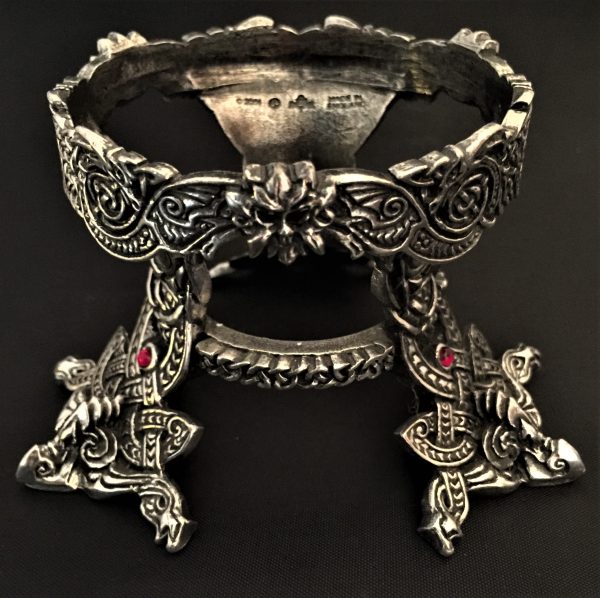 A pair of ornate pewter holders which can be used for candles or a crystal ball . The decoration is an Interlaced Celtic design incorporating Zoomorphic animals, Dragons and Green Men.

Designed in 2001 by Alchemy Carta of England.

GREENMAN
Dating back from the past, long before Christianity, the Green Man (a foliate head) is a pagan survivor who, from the 6th century, was absorbed into Christian imagery and can be found in churches and cathedrals all over Europe. With his leaf-covered face he is thought to represent the link between humankind and nature thus signifying life, renewal and rebirth. Once discovered he will guide and protect.
It's hard to know where the concept of the Green Man came from and there are many theories.  It's not difficult to imagine though that in the deep forests of Northern Europe there were solitary men living hidden from society that gained a mythical status.
There are numerous examples thoughout the British Isles of Green Men.  Norwich Cathedral has 1016 roof bosses, the carvings on the underside of keystones in the roof vaults, with several wonderful Green Men. The tradition has overlapped into social life with many pubs named 'The Green Man'.
ZOOMORPHIC (animal forms)
Images of animals, birds and imaginary creatures are often found in Celtic Art intertwined in knotwork. Birds and snakes are quite common but hounds, horses, deer, lions and boars are found too.a sign of infinity and the cycle of life.
Plus CELTIC KNOTWORK
All symbols of infinity and the cycle of life.

Be the first to review “Rare Pair of Celtic Pewter candle holders by Alchemy Carta of England” Click here to cancel reply.